New material in Content Library today to keep you busy.

Next weekend is first Transformed Webinar.
Go to TRANSFORM PROGRAMS page for details.

Now is the time to subscribe for anyone who wants to be transformed !

Everyone is Invited to this FREE WEBINAR before
we begin the Transformed Series of Live Webinars.

I will be providing a more detailed OVERVIEW of the 3 Programs and
answer questions you may have about the programs.

The first Free Webinar I planned for this weekend will be delayed by one week.
Feel free to send me any email addresses of people who you think would like to attend.

He and all the associates in his law firm watched it and were left speechless.
When I subsequently told him, "There is no such being as a Person",
he said and I quote,  "I know, but what can you do about it"

We will discuss this is depth in a future Member Call.

First Member Call went well, but I was so excited to meet everyone that I forgot to hit the record button.

​Next Member Call is Saturday, January 16, 4 pm EST.
​Look for your emailed INVITE prior to meeting.

​I have to say it is a strange feeling for someone like me to get a Donation. I will explain more during the Webinars.

Member Subscriptions are coming in nicely with only a few technological hiccups.

​I will do the first Member Call this weekend. Jan 9 or 10. I will be using a Webinar platform called Click Meeting. I will try to send Members the INVITE email a day or two before the meeting. Do not click the JOIN button until the time of the meeting.

P.S. Comb your hair and brush your teeth before the meeting. Servant Kings are respectable people.

Now is the time to spread the word before I begin the new LIVE WEBINARS.

I will be doing 1st Member Call in about one week.
​Talk to you then !

They will be "Explosive", but only after I "Detonate" your mind.

There will be a New Front Page on the website for you and newcomers to learn how my journey began and a update to the Present Time.

You-tube videos will temporarily be unavailable as I re-structure the website.

Please do not email me yet.
When I put up the re-structured website there will be a few weeks of lead up time before I begin the New Webinars.

Now is the time to tell your family, friends, acquaintances, and groups you know about Servant King.

I am getting older and it takes me bit of time to figure out all this techie, computer, internet crap.

January 1, 2016
1st Corinthians 6:19 What? know ye not that your body is the temple of the Holy Ghost which is in you, which ye have of God, and ye are not your own?

Isaiah 1:3 The ox knoweth his owner, and the ass his master's crib: but Israel doth not know, my people doth not consider.

I have no religious or seminary training, but I can interpret and translate for you.

Isaiah 1:3 An Ox and an Ass knows more than you. My people are dumber than an ox, real dumbasses !

“Come out of her, my people, that ye be not partakers (participate, take part) of her sins, and that ye receive not of her plagues.”

But God; who would be left to sing about Patriot Love?

So, we are to Love the Creator instead of the Creation?
That's right ! Dumbass.
From the ……… mind of Marcus.

July 15, 2015
With my "re-knewed" Power of Attorney; my first golf swing of the year resulted in a Hole in One!
​
Attorn: to transfer homage or allegiance to another lord.
Homage: become his man. 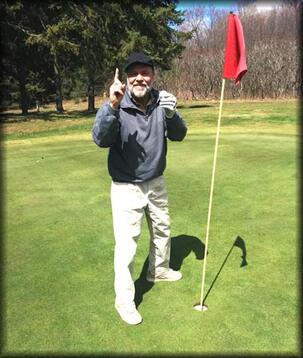 ​If you ever witnessed my golf swing before, you would instantly know a Miracle had occurred.

A Miracle is: The suspension of the known laws of physics.

From the ……… improved mind and golf swing of Marcus. 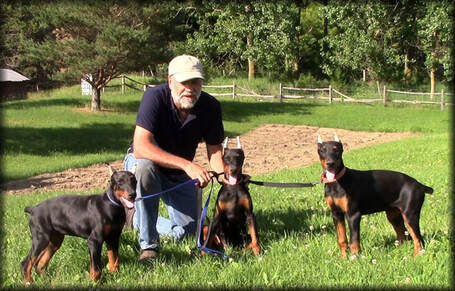 all highly trained in "Public Relations" and "Property Disputes" !

Somtimes things happen to you beyond your control.

These things can of "neccessity" cause a change in career.
From ..... Fauna to Flora !
From the ……… mind of Marcus

Well, I have been busy looking into this anti-aging stuff, also known as “Eternal Life”.
Trials and tribulations have a purpose. They establish Trust. They are also part of the process of sanctification; (Being set apart for God’s purpose and to live for His glory.)

He promises not to place upon us a greater burden than we can bear. He must of known I am a tough bastard that doesn't scare easy.

For whom he did foreknow, he also did predestinate to be conformed to the image of his Son, that he might be the “firstborn” among many brethren.

What shall we then say to these things? If God be for us, who can be against us?"

But be ye doers of the word, and not hearers only, deceiving your own selves.

For if any be a hearer of the word, and not a doer, he is like unto a man beholding his natural face in a glass: For he beholdeth himself, and goeth his way, and straightway forgetteth what manner of man he was.

But whoso looketh into the perfect law of liberty, (The un-Common Law) and continueth therein, he being not a forgetful hearer, but a doer of the work, this man shall be blessed in his deed."

Here is Wisdom:
Those who claim to: “Have a form of godliness, but deny the power thereof: from such turn away”.

Look people: I told you an Attorney will appear for anything, even a couple of Monkeys.

I believe their Attorney will argue; they are "Free Monkeys on the Land".

Are you having a problem getting a Habeaus Corpus hearing? Ask a Monkey; or get a Monkey's Lawyer !

When I arrived to be seated at the right hand, I was asked "How many in your group"? I was a little embarassed to say, Party of One.

Hi, my name is Marcus.

Fifteen days from now, the 38th year of the 40th Jubilee begins. For countrymen (pagans) that would be March 20th.(Springtime) You don't honestly believe a New Year begins in the Mid-Winter of our discontent. Do you?

We are by Statute to “keep” the Passover (forever) as a remembrance to Baptism when indeed you "passed over." If you still “reside” in any country your Baptism was in vain.

In the days leading up to the Passover Feast we are to reflect upon and place ourselves under self-judgment (an annual confession) before we attend the Lord’s Supper and wash each others feet.(a humbling experience) Just something to think about.

This is the first of 3 perennial (comes up every year) Holidays we “must” keep to prevent the “stumbling, falling back, being snared and taken again.” (Bondage)

Holiday: (c.1200), from Old English haligdæg "holy day; Sabbath," from halig "holy" in 14c. meaning "day of recreation" re-Creation. (Just another one of the many forged counterfeits)

I don’t know about YOU, but I love the Holidays !

Canadian Constitution Act of 1982 – “Whereas Canada is founded upon principles that recognize the Supremacy of God and the rule of law.”

Canadian Constitution Act of 1960 – “The Parliament of Canada, affirming that the Canadian Nation is founded upon principles that acknowledge the Supremacy of God.”

On all Canadian coins is engraved:”Dei Gratia Regina”-By the Grace of God, Queen .

Queen Elizabeth II, Quote: “ Marcus has included in his materials a brief quote from the article that hasn’t been printed, but he has included a quote in his materials which says that God as Supreme and our free and democratic society stand opposed to each other. And that’s quite correct. That’s exactly it. The problem for Marcus however, is that courts have consistently found that the Constitution wins out, that it’s our free and democratic society that wins out, and that is what defines Canada and not the notion of God as Supreme. And for that I think the people of Canada are quite grateful.” End of Quote.

Because of this FRAUD, you own nothing!
Stated sarcastically, “ Where the hell did you get that stupid notion that God is Supreme?”

Every court in Canada or any country, is based on a FRAUDULENT claim of authority.

A number of people have asked which version of the Bible they should read. That is like asking what version of the Criminal Code of Canada should you read. There is only supposed to be one.

I would begin by finding on the internet a well written summary of the 66 books in the Bible. This way you have an overall idea of what is in it. Then I would read the easiest to read version to get a more specific feel of what is in it. And then I would use the King James Bible 1611 to understand the law.

However, bear in mind that this Bible was authorized by one the Kings of the Earth, who wants you to reject God and chose him to rule over you. Just some prudent advice for those few scriptures that sound like you have to obey and serve the Creature more than the Creator.

Those who want to show me the way to go, so that I will not depart from it.

*************
I do not reply to any emails for the simple reason, I do not know who you are. I will post answers to some questions I receive so all may read my response.

On this page, I will periodically think out loud so that you may read my mind.